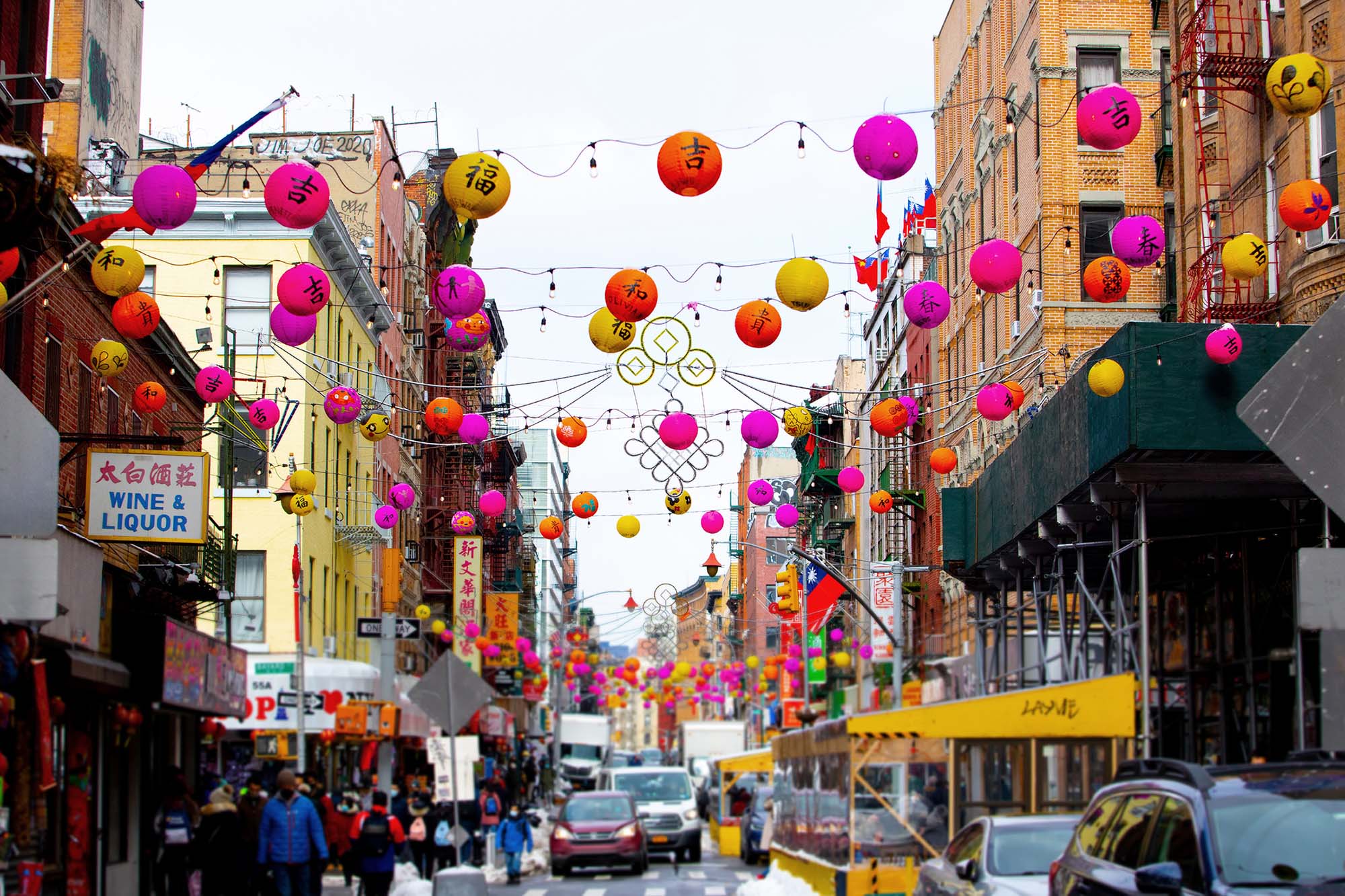 As I looked out my apartment window last spring, I wondered: Why is it so quiet? There were no trucks making deliveries on Canal Street, the firehouse next door was silent and as for the usual dealings in front of the bodega on the corner, there were none. I started to have visions of the post-apocalyptic movie “The Road” and worried that Chinatown might not be immune after all.

I don’t mean immune from COVID, already ravaging the city, but from the fear of COVID. For the past few weeks, friends in other neighborhoods had been locking themselves and their families inside, leaving the house only to buy toilet paper, which they lamented they could not find. I told them I’d deliver a case, that every store in Chinatown had stacks of the stuff.

No one took me up on the offer, their caution prohibiting even having a good friend lob a pack of cut-rate Charmin on their doorstep.

Their self-imposed isolation contrasted sharply with the approach in my East Chinatown neighborhood, which had so far shown that COVID desolation could be avoided if communities kept businesses running while practicing a modicum of safety measures.

As the media sounded the alarm to limit contact with others, I detected little such avoidance in Chinatown. Fresh fish was still sold curbside, seniors still played chess in public parks and the bakery on Eldridge still dispensed 90-cent cups of coffee indoors.

This perseverance was not only the purview of those with deep roots in the neighborhood. A friend who’d moved from Austin to open a restaurant nearby would wind up seeing his opening date pushed from February to July, and then being required to jump through whatever hoops Gov. Cuomo and Mayor de Blasio came up with — edicts that cost him $1,000 a night and had him driving to Staten Island to pick up city-mandated sandbags. Yet he remained determined.

“I prefer finding reasons for joy,” he texted. “Even when two f – – – faces are meddling in my business.”

I wasn’t sure why Chinatown chose to ride the pandemic rather than be clobbered by it like other neighborhoods. It was a close-knit community, sure, and a hard-working one, with most businesses open seven days. I could see how people might think it foolhardy for the neighborhood to not shut down, but keeping things going helped the economy and kept people from freaking out they were doing elsewhere.

At the same time, we haven’t heard of any terrible COVID surges here, though I’ve seen no actual numbers.

What might have been seen as cavalier, I saw as resourceful — a sign that, although we were staring at an uncertain future, with the right moves, we’d be all right.

Which is why, when I saw no one on the street that day, I had my only moment of COVID panic: If even Chinatown were packing it up, were we in fact on the cusp of the city becoming an actual wasteland?

I never learned why that day was so quiet, but it proved to be the anomaly. By May, the streets around me were in full, if somewhat different, bloom. The cantina on Division Street had turned into a grocery. A previously empty storefront on Hester started doing a booming business in electric bikes.

While shops did close, and many “For Rent” signs did appear, not one street in Chinatown ever again felt to me like a ghost town.

Chinatown’s fortitude gave me courage. By June, I was asking people to come over for lunch. Though trepidatious, they nearly all came, many noting that it was their first outing since the pandemic started, and asking: What’s up with Chinatown? Why did it look so perky?

All these months later, it still looks that way, with a mix of new and old businesses keeping the streets alive.

As a New Yorker, I’m crestfallen by the devastation in Midtown, blocks of storefronts boarded over, darkened office-tower windows signifying they’ve been abandoned, maybe for good.

I refuse to believe it. Humans cannot help but create, and the city, to regenerate. What eventually happens in those empty skyscrapers no one can predict. But it will be something — and soon; it’s almost spring again.

Nancy Rommelmann is a journalist based in New York.